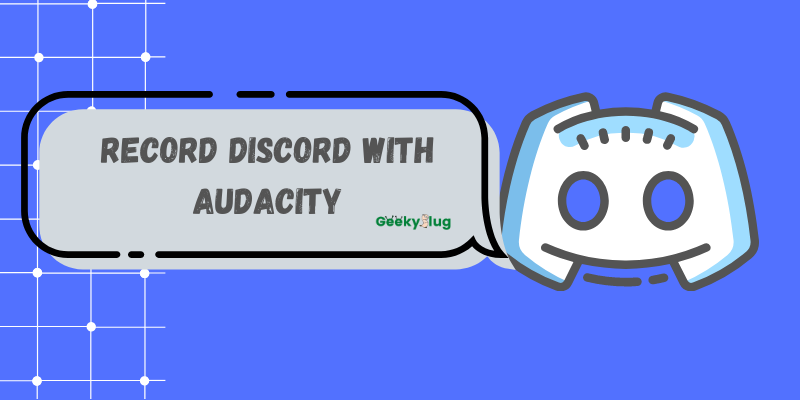 Discord is one of the leading platforms to offer VoIP (Voice over Internet Protocol) services to users. Many individuals use Discord for their conference calls or video meetings. For later references, users can record their Discord calls using a Digital Audio Editor named Audacity. Nowadays, users are searching the internet for various ways to record Discord with Audacity.

The above-mentioned steps quickly summarize the whole topic. But, if you find it confusing, then do not worry as we have mentioned detailed guides to do the same. In this article, we will be sharing with you a quick way to record Discord with Audacity.

Also Read
Check out this guide where we have shared the easiest way How to get someone’s IP from Discord.

How to Record Discord with Audacity

To record the Discord call audio with Audacity, you need to configure some settings. We have divided this section into two parts – the first one is setting up Audacity and the other one being the Discord set up.

Keep in mind that you have to plug your headset before performing any of these steps.

Setting Up Audacity to Record Discord

The first and foremost thing you need to do is set up your Audacity so that it records that audio from your headset’s microphone. This is an easy task to do and you’ll be able to do it yourself if you’ve been using Audacity for quite a while now.

Also Read
Check out the Ultimate Guide to delete Discord Servers in a flash.

We have mentioned some steps for your reference for those who do not know how to set up Audacity.

You have now set up Audacity. The software will now record all the audio input that is provided through your headset’s microphone.

To set up Discord, follow the steps given below.

Now that you have set up everything correctly, it is time to record the call.

Also Read
Spoilers ruin the thrill and experience of watching your favorite show. Check out how to use Spoilers tags on Discord to prevent this from happening.

To record a Discord call using Audacity, you need to start the audio recording on Audacity. Then. join the voice channel for your call and communicate using your headset’s microphone.

Note
Do not wear the headset as no sound will come from your headset’s speaker. You just have to use the microphone to share your voice.

When the other person will speak, his/her voice will come from the laptop’s speaker, so make sure that your headset’s microphone is close to that speaker. Otherwise, the mic will not catch the voice clearly.

To record Discord with Audacity, you need to set up Audacity so that it records everything that is received by your headset’s microphone. Then set up Discord so that the call audio comes from the laptop’s speaker instead of your headset. Your headset will record each and everything that you and the other person speak.